Should I specify smooth or granular roof underlayments? 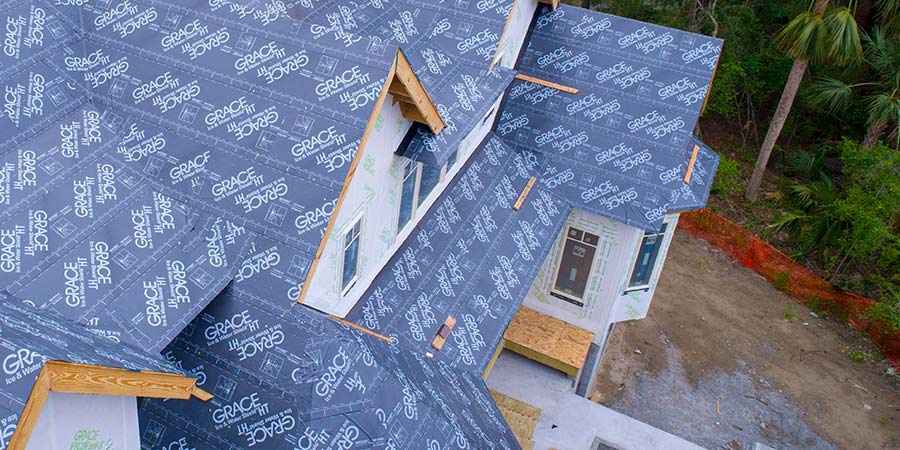 Peel-and-stick roof membranes with a granular surface first appeared in the 1990s after some contractors complained that the early versions of smooth-surface products were too slick to walk on and that their adhesives were too sticky. The granular roof membrane's sandpaper-like top surface was often marketed as a safety enhancement. The less aggressive adhesive, which could result in back-nailing requirements and other time-consuming steps in cool weather or when adhesion was marginal, was sometimes marketed as “repositionability”.

Smooth-surfaced membranes have since been re-engineered with slip-resistant surface coatings to alleviate this safety concern. Some contractors still stick with granular roof membranes due to their low cost. However, there are inherent compromises that come with the lower cost. The main drawbacks are the material's performance and the sandpapery surface itself.

First, overall thickness can be misleading when considering installed waterproofing performance. While granular roof membranes are as thick as 60 mils, their composition is similar to a roof shingle, with a layer of fiberglass material over a relatively thin layer of rubberized asphalt. In fact, the rubberized asphalt layer might only be 10-12 mils, compared to 36 mils for ICE AND WATER SHIELD®. Thickness is an important consideration. However, it is not the only criteria. What is more important is the chemical formulation of the adhesive. As most roofing repair contractors have discovered, penetrations are one of the most common sources of leaks, so having the ability to seal around penetrations is critically important for minimizing risk and providing long-term protection. The chemical composition of the adhesive layer is a key consideration in this decision.

Second, a lapping membrane won’t adhere to a rough surface. Although there is a selvage, or non-granular strip at the top of the roll for the overlapping course, that still leaves the problem of how to lap strips end to end or anywhere that a cut has been made. Sealing that connection usually requires use of an asphalt roofing adhesive. This is fine – until all or part of the roof needs to be replaced. Often times, you can’t remove the old roofing materials from the granular surfaced membrane, and if you can, you cannot install a new layer of membrane over the old granular surfaced membrane.

The best protection for sloped roofs is a fully-adhered smooth-surfaced membrane that bonds tightly to the substrate, seals well at overlaps and seals completely around nail penetrations. This type of protection is essential for critical areas such as valleys, edges and details such as eves.