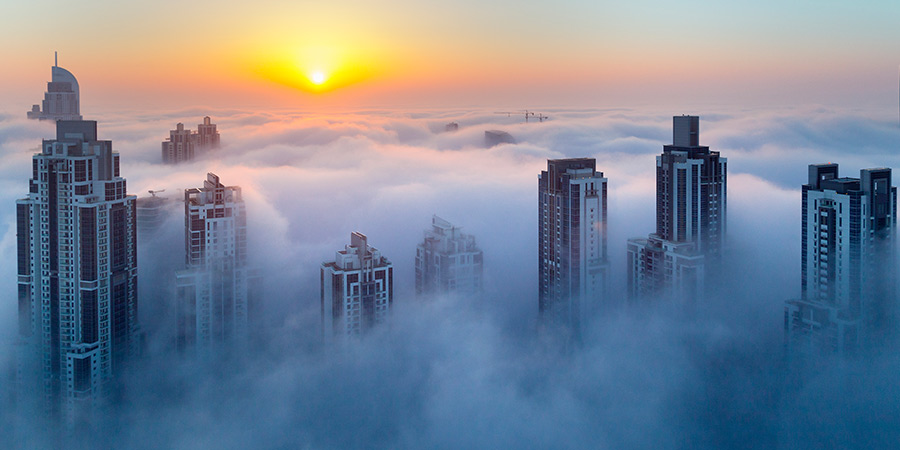 Employing air barriers to prevent air leakage and energy loss in building envelopes has become standard practice in the construction industry. But unless you have a degree in building science, there are likely some terms associated with air barriers and their use that may be confusing. In this blog series, we’ll define some of the most common terms and what they mean.

Let’s start with the basics:

An air barrier is a material designed to prevent or limit uncontrolled air leakage into and out of a building through the building envelope. Air leakage reduces energy efficiency and allows the passage of moisture vapor, which can condense within wall assemblies, causing damage to wall components and promoting mold growth. To be effective, an air barrier must be continuous across all sides of the building—walls, roof, and foundations.

This refers to the amount of air that can pass through a material; the more air that passes through, the higher the air permeance. Note that this is different from air leakage, which refers to the amount of air leaking through gaps in the barrier. The air permeance of air barriers is tested according to ASTM E2178 and measured as the volume of air passing through a square meter of the material at a prescribed pressure. The International Energy Conservation Code (IECC) requires an air barrier assembly to have air permeance not greater than 0.2 liters per second/square meter at 75 Pa pressure (0.04 cfm/ft.2 at 1.57 lb/ft2). ASTM 2357 sets forth a standardized method for determining the air leakage of an air barrier assembly.

is a barrier designed to prevent the intrusion of wind-driven rain through the building envelope. A WRB is normally installed between the exterior siding or cladding material and the sheathing. A WRB will not necessarily function as an air barrier, though some air barriers do function also as a WRB.

In the next post, we’ll take a closer look at some of the factors surrounding water vapor and its impact on buildings.