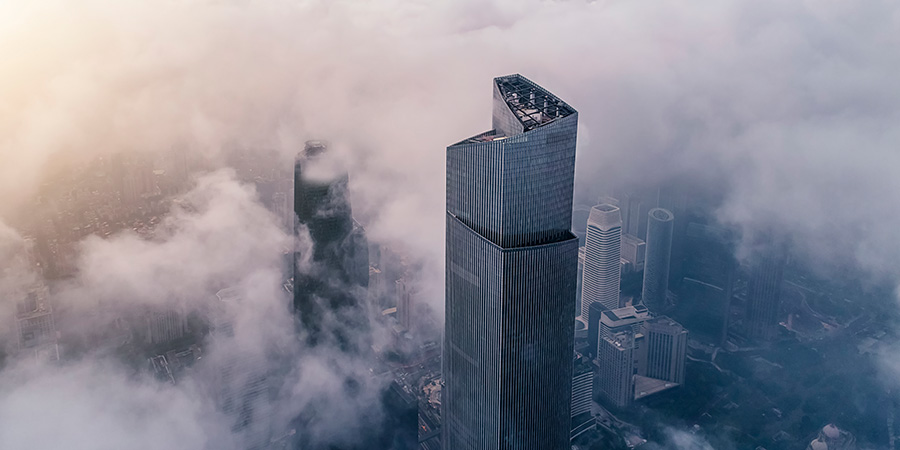 This refers to the amount of water vapor that can pass through a material. Allowing some vapor to pass through an air barrier can be beneficial in certain situations, allowing vapor inside of a building to pass through, minimizing the potential negative effects of moisture collecting in wall assemblies. Vapor permeance is often expressed as a “perm,” defined as 1 nanogram of water vapor per second, per square meter, per pascal of pressure. The 2015 IBC defines a vapor permeable membrane as one that has a moisture vapor permeance rating of 5 perms or greater when tested in accordance with ASTM E-96D.

This refers to the fact that water vapor moves from areas of high vapor concentration to areas of lower concentration. A key factor in vapor drive is temperature—vapor moves from areas of higher temperature to ones of lower temperature, called a “temperature gradient.” The greater the temperature gradient, the stronger the vapor drive. This can push vapor through walls via diffusion. If the vapor meets a cool enough surface on its journey, this can cause condensation in a wall assembly, which can damage building materials and promote mold growth. Controlling vapor drive is a major reason to use an impermeable air and/or vapor retarder.

Building envelope materials are classified according to their ability to limit the amount of moisture vapor passing through a material. Vapor retarders are divided into three classes, as defined by the IBC: Class I (0.1 perm or less), Class II (0.1 < perm £ 1.0 perm), and Class III (1.0 < perm £ 10 perm). For example, sheet polyethylene would be in Class I; unfaced expanded polystyrene might be in Class II, while latex paint would typically be in Class III.

Climatic conditions—including temperature and humidity—have a tremendous impact on building design. A wall assembly that performs well in the dry desert conditions of the Southwest may perform poorly in the cooler, wetter climate of New England, and vice versa. Accordingly, the International Energy Conservation Code (IECC) has defined climate zones for the U.S., dividing the country into seven distinct zones. These include temperature divisions, from warmest to coldest, and moisture divisions, defined as “moist,” “dry” and “marine” zones, plus a “warm-humid” zone in the Southeast. This enables the IECC to make recommendations regarding building components to meet the specific needs of particular climate zones. Note that the IECC (2015) specifies a continuous air barrier for all climate zones.

In the last post in this series, we’ll take a look at some other key terms and concepts that relate to building envelope performance.