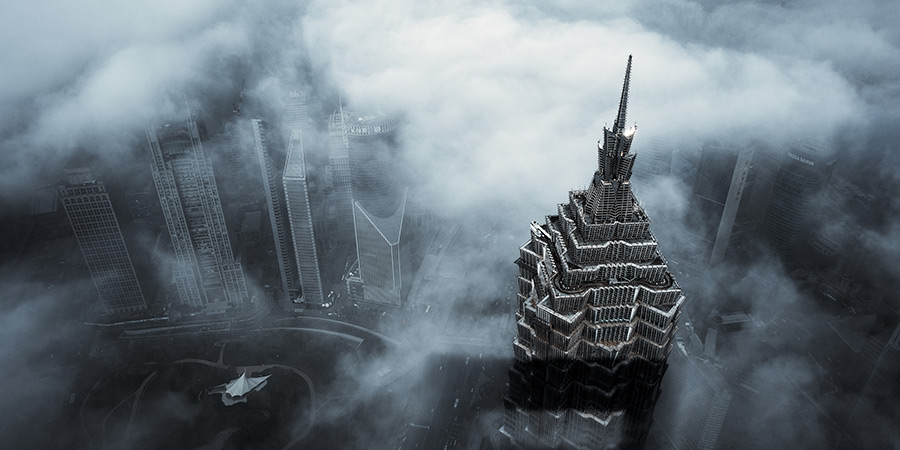 By reducing air leakage, a continuous air barrier assembly can improve a building’s energy efficiency and reduce the risk of moisture damage within wall assemblies. However, air barriers are not all created equal. Testing the performance of an air barrier material under real-world conditions is important for making informed decisions.

ASTM 2178 defines a standard process for testing air barrier materials. However, it simply tests a single material—such as a flexible air barrier membrane—in a laboratory test device. This provides useful information on its air leakage—or air permeance. But because the material is tested in isolation, ASTM 2178 doesn’t simulate a realistic scenario. That’s where ASTM E 2357 comes in.

ASTM E 2357 is a standardized test designed to assess an air barrier assembly’s ability to resist air leakage in simulated real-world conditions. Prior to the introduction of ASTM E 2357, standardized tests evaluated only individual components of the air barrier assembly—the air barrier product alone, flashing, or sealing materials. But this approach does not provide the information needed to understand how these components will perform together.

ASTM E 2357 overcomes this limitation by defining a uniform method of evaluating the entire assembly. The standard defines a specimen wall assembly that is a realistic, 8-foot-square wall mock-up including a window opening with flashing and typical wall penetrations like pipes, vents and ties, as well as roof and concrete foundation tie-ins (see figure below). This provides a realistic evaluation of air barrier assembly performance and helps verify that the components are compatible with each other. 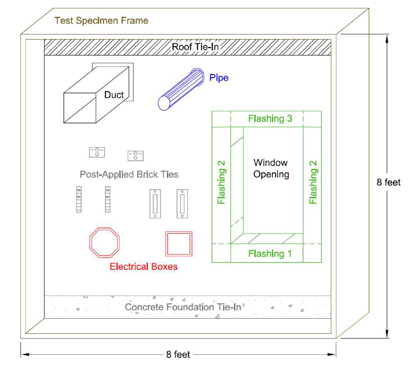 The standard also defines a specific test procedure. The wall specimen is mounted in a well-sealed test chamber with an air supply that allows application and measurement of both positive and negative air pressure differentials across the wall structure in three stages:

Following each stage, the air leakage rate—or air permeance—of the wall assembly Is measured at pressure differentials of 25, 50, 75, 100, 150, 250 and 300 Pa; the calculated leakage at 75Pa is reported. Air barrier deflection is then measured. To comply with the International Energy Conservation Code (IECC), the air barrier assembly may not exhibit air permeance greater than 0.2 liters per second/square meter at 75 Pa pressure (0.04 cfm/ft.2 at 1.57 lb/ft2).

ASTM E 2357 has been adopted by the Air Barrier Association of America (ABAA) as a key element of its acceptance criteria. As noted, the data generated by this standard test method is important to verify an air barrier assembly’s compliance with the IECC, a critical consideration given today’s focus on energy efficiency.