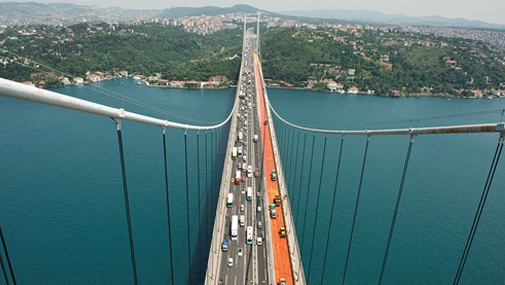 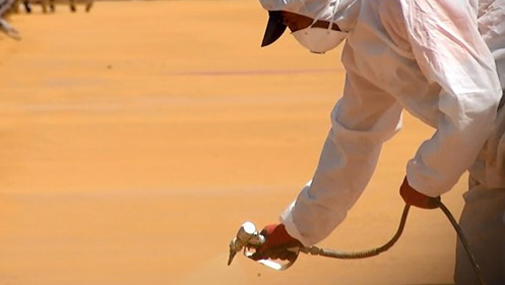 The Second Bosphorus Bridge (also referred to as the Fatih Sultan Mehmet Bridge) and the Haliç Bridge (also known as the Golden Horn) are two elegant, steel deck structures in historic Istanbul that reinforce the city’s position as a strategic, cultural and economic link between Europe and Asia. The Second Bosphorus Bridge joins Europe and Asia across the narrow straits of the Bosphorus while the Haliç Bridge carries the O-1 Highway over the Golden Horn Estuary, an inlet of the Bosphorus. Between them they carry 330,000 vehicles per day, making them Europe’s busiest road bridges.

Speed is essential to bridge refurbishment

Although these bridges are iconic civil structures in their own right, their true value to both Istanbul and Turkey lies in their capability to carry a constant, uninterrupted daily flow of traffic. It was therefore critical that when it was time to waterproof and resurface the decks of both these bridges after long and effective service lives, that the waterproofing system selected was not only proven to be durable and long lasting but also would minimize traffic disruption during the work.

The economic and environmental impact of lane closures during bridge deck refurbishment can be considerable, so much so that a tight 90-day schedule was set for the refurbishment of both bridges. In addition, the work was to be carried out simultaneously with limited lane closure on each structure.

To reduce disruption, the project team needed a waterproofing solution that was fast to apply, rapid curing, durable and tolerant of difficult site and climatic conditions. 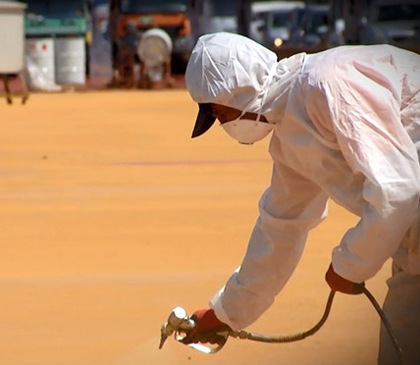 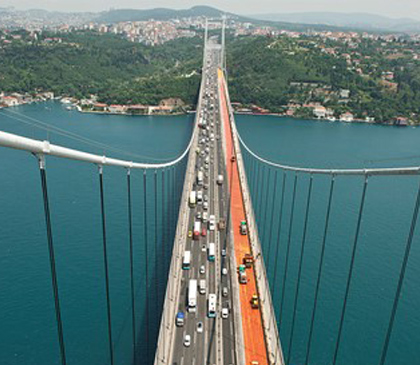 Based on their previous experience, KGM (the Turkish General Directorate of Highways) selected the ELIMINATOR® system to protect the two bridges.

The contractor, ERSE Teknolojik Yapilar, removed the existing waterproofing and surfacing, prepared the steel deck and applied the ELIMINATOR® system, including ZED S94 anti-corrosive primer to protect the deck the Eliminator membrane itself, and applied a final polymer based bond coat to provide strong adhesion between the deck, the membrane and the surfacing.

The ease of application of the cold, spray applied ELIMINATOR® system helped speed up the contract. The waterproofing system was rapidly applied using portable, simple-to-use airless spray equipment, which gave high daily outputs. The liquid waterproofing solution fully cured in under an hour, at which point it could be trafficked.

Established for over 40 years, Stirling Lloyd (now GCP Applied Technologies) developed its proven ELIMINATOR® system based on unique ESSELAC®technology, providing tolerance of climatic conditions, ability to bond to itself and to accept full site traffic after only one hour, allowing other trades to access the bridge at all times. These benefits enabled the 33,600m² deck of the Second Bosphorus Bridge and the 40,000m² deck of the Haliç Bridge to be completed 30 days ahead of schedule.